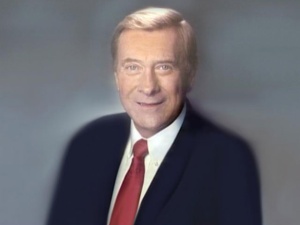 Axel was always an inspiration to me.  When I first realized that big-market daily TV news had the capacity to quickly burn out a young career, I would look at Axel and watch the way he handled it.

In 1986, when I started at WAGA, Axel had been temporarily dethroned as the station’s nightly anchor.  At that time, he worked the streets as “senior reporter.”  He returned to the anchor desk when WAGA started its 5pm newscast.

Axel was smart, passionate, occasionally surly and uncompromising in his standards of journalism.  He had a twenty-plus year head-start on me, career-wise.  If he could do it, I figured — maybe I can.

He could be funny and solicitous one moment and gruff and short-tempered the next. He was of an age when news anchors were hard charging and larger than life. Jim took his role seriously. The news mattered. The trust of his audience mattered. His reputation mattered. If you were his producer, you developed a thick skin. If you stood your ground with Jim, he respected you, but you had to earn your stripes every day. I can remember countless times asking him to write a minute and a half piece on the big national or international story of the day, only to be met with a sharp rebuke. 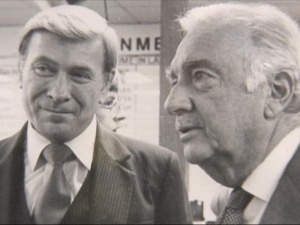 “Are you kidding? There’s no video for this story? Am I supposed to make it out of thin air?”

He’d storm back to his desk, and I wouldn’t hear another word until he returned, glasses perched on his nose, asking me to read his copy.

“I couldn’t tell half a story!”

“You said you had no video.”

Somehow it always came together, and we’d both end up reasonably satisfied, our mutual if grudging respect intact—at least until the next fight.

After he was diagnosed with cancer, Shavin produced a TV retrospective on his career.  It was based on an interview Shavin conducted with Axel in spring 2009.  To see it, click here.

Services for Axel are still pending, according to WAGA’s web site.