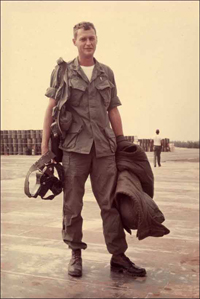 While covering the POTUS visit in Savannah this week for WXIA, I flashed back to my life as a ten year old.  The memories are strong, not only because of the assassinations of King and Kennedy.  It was also the year my uncle, Air Force Captain Lon Richards, was killed in Vietnam.  My parents became Quakers and very politically active.  Hubert Humphrey lacked sufficient anti-war cred (as did Nixon); Mom and Dad wrote in Dick Gregory’s name that November.

My parents despised George Wallace, who ran for president as a third-party candidate in 1968.  Wallace had softened but not disavowed his segregationist politics.  Mom and Dad thought everything about the former Alabama governor was obnoxious.

That fall, Wallace showed up for a rally in Trenton, NJ.  It was just across the Delaware River from my bucolic suburb in Bucks County, PA.  Mom wanted to picket Wallace.  She took me out of fifth grade for a day, and we went. 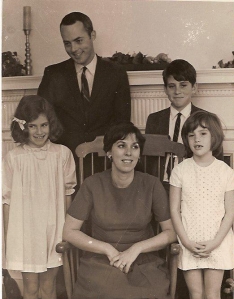 The night before, Mom and I made signs.  I’ll never forget the text:  “Hate and fear / the tools of a fascist” and “Go back to ‘Bama, Wallace.”  She carried one sign, and I carried the other.

Last week, when Obama visited Savannah Technical College, I wanted to know:  How much political screening was done for the crowd that watched the speech?

The Bush era had reportedly been rife with such screening, with members of audiences hand-picked by the RNC.

While chatting with the invitation-only crowd waiting in line to enter the Savannah Tech auditorium, my persistent question was:  How’d you get the invite? 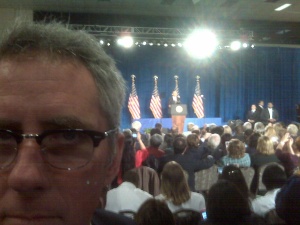 Most of them said they’d gotten it through the college.  One said she had received it though a friend who was a Secret Service agent.  A couple had gotten them through the White House.  Though the crowed seemed Obama-friendly, it lacked the hard partisan flavor I’d expected.

One girl said she was ten.  Her mom, a Savannah Technical College board member, had taken her out of fifth grade for the day.

Btw, this was a great Wallace bio: The Politics of Rage by Emory professor Dan Carter.