Photo from Feeding the News Beast. 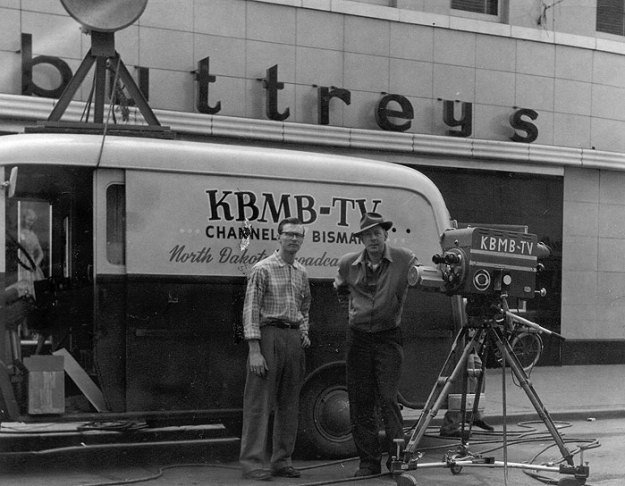 The news business may evolve, but certain truths remain constant.  A TV newscast must have stories that are timely, relevant and interesting.   Important stories are a plus.

When news is done well, it helps viewers.  It doesn’t help them pay their bills, necessarily, or win grievances with their landlords.  Instead it helps them become informed, which helps them make decisions about their own lives, and function knowledgeably in society.

But viewers are leaving TV news in droves.  It’s because TV news, especially the locals, hype stories that seem important.  But when viewers see the actual product — “breaking” news, breathlessly told and promoted, about low-grade tragedies or garden-variety mishaps — they lose interest in the story, and in TV as a local news medium.  Except for viewers who may be affected first-hand by such stuff, those stories help nobody.

They’re also leaving TV news because they’ve become accustomed to cherry-picking news from web sites.  It saves them time and allows them to steer clear of news crapola.

How does TV news save itself?  I’m not sure it can, frankly.  But let’s suppose it’s possible.

One answer:  Do the basics well, as described in the first paragraph.

Ellen Crooke, the news director at WXIA better known in this part of cyberspace as The Bosslady, would be the first to tell you that her TV station has a hit-or-miss history with the basics.  Although the stories that regularly appear in WXIA’s newscasts are generally interesting and well-crafted, her newsroom doesn’t break enough news.

Recognizing that, she’s begun regularly scheduling reporters a day “off the board” to work sources and dig up stuff that hasn’t surfaced before.

She has begun scheduling large chunks of 11pm newscasts devoted to one topic.  Viewer feedback has been very encouraging.

She’s also devoted to the notion that a newscast can “help” people, in ways that extend beyond the broadcasting of timely and relevant information.  Her hiring and promotion of John Gerard, the Commuter Dude, is a result of that thinking.  Subsequently, WGCL devoted Harry Samler to its Pothole Patrol, touting it as a way to help viewers.

Valerie Hoff’s Ways to Save franchise is another example.

WXIA’s newsroom is full of traditional news folk.  Some are a bit skeptical that a newscast that “helps” people can lure viewers.  They’ve seen WXIA’s promotional campaign about changing local news.  They fear that folks targeted by that campaign may have already given up on TV.

On the other hand, they receive an eye-opening e-mail each morning that reveals the overnight ratings.  WXIA is solidly in third place in a four-station market (though its morning newscasts are showing signs of competitive life).   WXIA would like nothing better than to leapfrog WAGA in at least some of the ratings.

We also know that the fourth-place station is very aggressive, and is doing some good work.  (Thankfully for WXIA, WGCL’s incessant “tough questions” drumbeat is becoming a bit of a civic punchline.  But don’t tell them that.)

So even the skeptics at WXIA cheered a little bit last week when Gannett gave Ellen Crooke its “Innovator of the Year” award.  It’s an award that spans all the company properties, including its newspapers.  As corporate awards go, it’s decent.

They cheered a bit more when WXIA won eight regional Edward R. Murrow awards, a “stunning achievement” according to a publicist who sent an e-mail to the LAF tip jar.  The Murrows come from the group formerly known as the RTNDA, now called the Radio Television Digital News Association.

WSB won two Murrows.  WAGA won one.  Anybody who’s been around the news business for any time knows that awards are nice, but commercial success is better.

Nonetheless, the WXIA pieces that won are impressive.  Jaye Watson’s piece on a teenage cancer survivor isn’t just a tear-jerker, but is packed with amusing surprises.  Watson helped the kid get backstage with Stevie Wonder.

Marc Pickard’s piece on home foreclosures was stunning.  He was with sheriff deputies as they evicted families from their homes.  It was timely and relevant, plus expertly written and shot/edited.  (If for no other reason, click one of the links to see the goofy twenty-second commercial for an uplink provider that precedes each piece.)

Maybe the bosslady is onto something.  For the station’s sake, and the medium’s sake, I hope so.