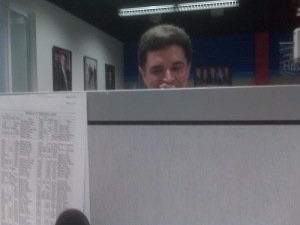 Question: What does speaking in third person mean? 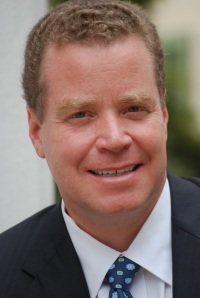 The candidate did that Sunday during the debate on  Georgia Public Television and then Monday when I interviewed him inside The Varsity.

My guess is a political or speech consultant has encouraged Mr. Oxendine to refer to himself in public as John Oxendine.

Nathan Deal looks and sounds like a man cast to be governor by a television show or movie. He speaks in short clipped sentences and always stays on message.

He too has been speaking in the third person.

Monday before boarding an airplane at PDK, “.. Nathan Deal has the right ideas for Georgia,” said Nathan Deal.

Not a candidate: Deion Sanders

With my move from sports  to news- – I thought I was done hearing such phrases.

Athletes usually constitute the majority of those who speak in third person.

Maybe we can blame Seinfeld reruns.

Remember the Jimmy episode?  A hip guy who spoke in third person.

Speak to your spouse in third person and see how far you get.

Or is that third thought?

Hullinger is a reporter at WXIA.  This post originally appeared on 11alive.com/bullpen.