WXIA reporter Jerry Carnes was invited by the family of a missing Gwinnett County woman to cover a ground search Saturday. Carnes and photographer Stephen Boissy had covered this sort of thing before; rarely are TV crews on hand when such a search actually yields the discovery of a body.

It happened Saturday.  Carnes writes about it here. 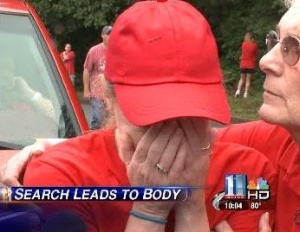 Photographer Stephen Boissy and I were with Nique Leili’s mother when we heard sirens. Two Gwinnett County police officers peeled off toward the commotion. Then mom got a phone call.

“They found a body,” she screamed out to me.

Nique Leili’s family had grown so accustomed to our presence by then, they even reached out to us with expressions of confusion and mourning.

Never once did they wave us away. Instead, after just a few heartbreaking minutes, Stephen and I realized it was time to point the camera elsewhere. Much of what we observed would never make it to a television set.

Carnes’ post explores the complexities of reporters covering news while retaining empathy and discretion.  The latter, especially, is a lost art in an industry that thrives on hype and exclusivity.  Carnes has been around long enough to know to gather what’s necessary and avoid the intrusive.

1 thought on “Moment of grief”