Want to restrict guns in America?  Good luck with that.  When the second amendment was ratified as part of the Bill of Rights, it codified America’s gun culture.  Hundreds of millions of guns later, it’s a genie that’s so accustomed to being out of the bottle that it won’t get shoved back in without a bloodbath.

He’s not even an NRA member.

Want to register those hundreds of millions of guns retroactively?  Right.  It’s not even an option, unless you’re proposing sending government jackboots into private homes to search every dwelling in America.

Want to repeal the second amendment?  Right.  Put aside the fact that three-quarters of the states would have to ratify it, it opens a door I don’t want to see opened.

Put the second amendment on the table for repeal, and the whole Constitution is up for grabs.

The first amendment is probably even less popular in America than the second amendment.  On his WSB radio show this month, Erick Erickson pitched repeal of the first amendment.  This, from a guy who makes a living on radio, blogs and by masterminding election material.

Erickson’s rant was probably mostly facetious, but was based on a legit gripe about the news media’s errors in the initial reporting of the Newtown massacre.

The errors were unfortunate.  It would be even more unfortunate to have the government restrict free expression and freedom of the press.  (I write “freedom of the press” reluctantly.  The phrase “freedom of speech, or of the press” appears in the first amendment.  In my mind, there’s nothing particularly exceptional about the press.  It’s about saying whatever you want without crossing the legal lines of libel or defamation, or yelling “fire” in a movie theater.  It doesn’t matter whether you’re an individual, a blogger, a TV station or the New York Times.  But “the press” gets specific constitutional protection, and I won’t complain about it.) 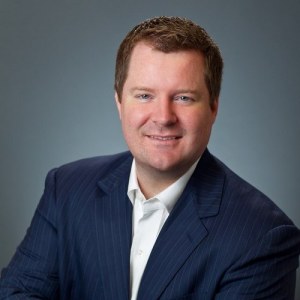 Everybody cherishes their own freedom of speech.  But they’re tired of “freedom of the press.”  They’re tired of the baggage attached to it — the promotion, the competition, the hype, the 24-hour news cycles, the foolishness in deciding what’s important and what isn’t (based on what decision-makers think the audience wants, of course).  And they’re annoyed by the mistakes, amplified when a story is of high interest.  I suspect Erickson’s rant reflects the sentiment of a lot of Americans.

But it beats the alternative, which would likely include government safeguards of “official secrets” and restrictions on political speech and Lord only knows what else.  I vote to keep it as it is, and to not tempt fate by tinkering with the Bill of Rights elsewhere.

Besides “freedom… of the press,” can you imagine the re-writes elsewhere?  Fourth amendment protections against unreasonable searches and seizures, eighth amendment protections against cruel and unusual punishment, even a trial by jury — all that stuff would get gutted.  And the much-despised freedom of religion / “establishment” clause would get a total re-write.  Hello, American theocracy.

And three quarters of the states would probably ratify it.  But they won’t touch the second amendment.

His political viewpoints notwithstanding, Erickson was great fun to listen to during the 2012 campaign.  What’s the over / under on how long it takes WSB radio to remove the lamentable Herman Cain from the post-Boortz morning show and replace him with Erickson?  I give Cain a year.