Update:  They fired her.  Dammit.

Early in Ronald Reagan’s first term, Huntsville Alabama TV station WAAY offered me a job.  They wanted me to become the station’s bureau guy in Muscle Shoals, and offered me an annual salary of $15,000 to do so.

The station, a UHF channel located on a mountaintop in one of Alabama’s few genuinely appealing urban areas, seemed lovely.  The money represented a 40 percent raise over the poverty-level wages I was making in Tupelo, Mississippi.  The market was competitive.  But the bureau gave me pause.  Despite Muscle Shoals’ legendary music history, the area seemed even more isolated than Tupelo.  It seemed like a lateral move.  I declined. 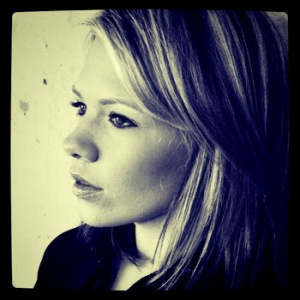 I write this by way of introducing my new favorite blog, sporadically written by Shea Allen, a WAAY reporter.  After doing an internship at WSB-TV, and working as an associate producer at WAGA, Allen appears to be getting her feet wet as a local news field reporter, in all its abundant glory.

Much of what she has written is about what inspires her in the world and in her job.  She likes to quote Emerson.

But it’s her brutal honesty, showing up in more recent posts, that makes it worthwhile reading.  This post is a list of ten confessions of a red-headed reporter.  The first one involves her occasional absence of undergarments.  Even if you’re not an internet perv, it’s OK to go ahead and click.  It’s good stuff.

She’s downright subversive (and on the adorable side) in this video she shot while en route to a live shot “about nothing,” while “getting paid less than most McDonald’s managers.”

On the other hand, her confession that she’s “stolen mail and then put it back (maybe)” is a place I’ve never gone.  I’ve seen reporters rummage around in mailboxes, usually to get the name of a resident.  Not me.

Allen’s Confessions post apparently has already gotten some attention in Huntsville, causing Allen to temporarily lose her nerve.  She took down the original post, but then re-posted it within a day (verbatim, near as I can tell) with an explainer:  I’ve vowed to always fight for the right of free expression… I make no apologies for the following re-post. It’s funny, satirical and will likely offend some of the more conservative folks. But it isn’t fake and its a genuine look into my slightly twisted psyche.

This is my voice. Hope it makes you laugh.

Check her out.  Make some comments.  She needs encouragement.  Maybe it’ll ramp up the frequency of her outbursts of honesty.

14 thoughts on “Confessions of a red-headed reporter”