You might think getting fired from your on-air job in local TV news would be a career low point.  If so, then you haven’t talked to Parker Wallace.

Wallace is now thriving as an on-camera presence on WGCL’s “Better Mornings,” where she also advances her budding career as a chef.  But her years “between jobs” were more than a bit harrowing. 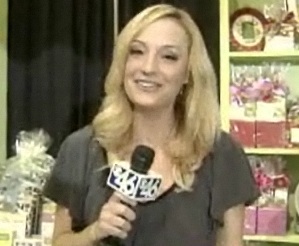 From 2006 to 2009, she worked at WGCL.  She had started as a general assignment reporter and had moved into feature reporting for “Better Mornings.”  She’d been a solid news presence and a reliably offbeat feature reporter.

But when her contact was up, the station told her it was moving in a “different direction” and fired her.  Then life got weird.

She wanted to transition out of the news business and into the food business.   But in 2009, the “great recession” was in full flower.  She and her boyfriend had moved into an old farmhouse, which they’d intended to renovate.  Both found themselves out of work.  Wallace launched a business as a personal chef — from a house with no running water in the kitchen.  “I had to wash dishes and get running water from the bathtub,” she wrote me in response to some questions.  She quickly lost her enthusiasm for it and the business tanked.

She took a job waiting tables at the Atlanta Fish Market.  She was working a shift when she ran into a familiar customer:  Steve Schwaid, the news director who’d fired her.  “Mortifiying” is the word she uses to describe that moment — though she emphasizes she has no hard feelings toward him now. 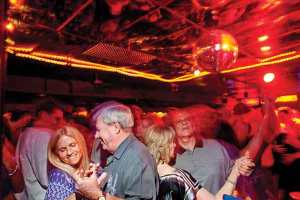 But she says the real low point was this:  Getting fired from her job as a cocktail waitress at Johnny’s Hideaway, Buckhead’s famously oily singles bar for the middle-aged.  She says she was told she “wasn’t picking it up fast enough,” whatever that means.

“It was hard core and brutal for a long time during the recession,” Wallace writes.  “And once you leave TV, people stop calling you, and stop returning your calls. It’s like losing your relevance and your credibility all at once.”

But she didn’t completely lose her recognizability.  When she applied for food stamps, she says the bureaucrat at the counter asked her if she was there to do a TV story.

By the summer of 2012, she had legally changed her name.  During her first incarnation at WGCL, she’d been Sarah Parker.  She’d grown tired of the countless “you mean like Sarah Jessica Parker?” questions.  She says she’d never been a fan of her first name and had always asked her friends to call her “Parker.”  The new surname has family roots.

She’d also tiptoed back into the news business, working as a Georgia Public Broadcasting radio reporter.  She quietly returned to TV news freelancing for WXIA during the 2012 summer Olympics.  One evening, at the conclusion of a shift, she and I met for a nightcap.  That’s where I first heard many of these stories.

By then, Schwaid had left WGCL.  In November 2012, she’d gotten an unlikely inquiry:  Want to come back to the TV station that fired you?

When does that ever happen?

“Frankly, going through all that drama not only humbled me, it made me a much better reporter- especially while doing radio,” she writes.  “So often, we TV reporters immerse ourselves in stories of struggle, doing some ‘active’ standup to make it appear we relate…but until you ARE that person on food stamps with the electricity getting turned off, you can never really empathize.”

For the last year, she has hosted “pay to play integrated marketing segments” on “Better Mornings.”  It means she’s not in the news biz per se.

When she pitched a segment touting “What’s on Parker’s Plate,” which showcases her culinary skills and pitches to her website and cookbook,  WGCL bought it.

Props to WGCL for making this happen. Props to Wallace for keeping her sense of humor, and keeping her dream alive, despite some setbacks.

Before spring, I’m gonna try her recipe for jambalaya.