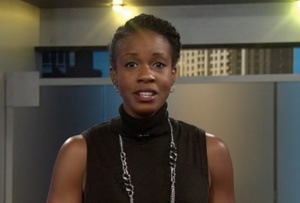 The eruption of Ferguson MO deserved the attention it got, yet covering a riot can be a bit problematic.  WXIA’s Blayne Alexander went to provide some backup for Gannett-owned KSDK and ended up spending a week in the St. Louis suburb.  She returned to Atlanta and delivered a reporter’s notebook piece on WXIA’s weekend news, viewable here.  Excerpt:

A kid named Ryan Schueller, freelancing for Al-Jazeera, wrote a blog post about what he viewed as the horrors of the media siege in Ferguson.  It’s got a deer-in-the-headlights quality to it, but his observations are worth a click.

Ernie Suggs of the AJC wrote a lively / amusing / harrowing first-person piece after spending a week in Ferguson.  The entire piece is behind a paywall here, and worth the click.  I’ve lifted a few lines below.

Police lined Ferguson Street and were beginning to push the protesters down West Florissant Avenue. A loud, piercing noise filled the air, which was already thick with tear gas.

People were running full out down the street. At McDonald’s, a group of frightened workers peered out the window, as if caged. Panicked marchers banged on the doors, begging for water to soothe their stinging eyes. A man picked up a brick and threw it, fracturing the plate glass window. When it didn’t fully break, he picked up another brick to finish the job.

“Is this what you signed up for?” I asked.

But I was scared. In all my years as a reporter, I had never been in anything like this.

Thousands of angry protesters. Hundreds of police officers. Gallons of tear gas. And countless rounds of bullets, even if they were supposed to be rubber.

(Much respect to my colleagues who cover real wars.)

I had two major concerns: Getting shot by some knucklehead and getting a direct tear gas hit.

I called Blayne Alexander, a WXIA reporter who was also in town covering events. Straight to voicemail.

Reporters were getting caught up in the crowd. The cops were like bulldozers, smashing everything in their path.

When the helicopter above us began shining a light on the crowd, tear gas followed, then gunshots. The tear gas pushed people straight back. The gunshots made people scatter.

I fell to my knees and crawled.

We made it to the residential section of West Florissant and were hit with another volley of tear gas. Then bullets.

I ran into a yard, where I was face to face with a dude with a gun. It was pointed right at my gut, although he wasn’t pointing the gun at me.

I didn’t wait for him to say it twice. Yamiche was on my heels when I turned around and pushed her away, shouting, “Gun!!!”

I kept asking myself, where are we expected to go?

2 thoughts on “Ernie, Blayne and Ferguson”