Update:  Last month, this woman donated a kidney to a stranger.

My brother in law spotted Beth Galvin in a Decatur pub and got all giddy. Who could blame him? Galvin is an talented, humble, good-humored and lovely WAGA reporter who has owned that station’s medical beat for the last fifteen years. 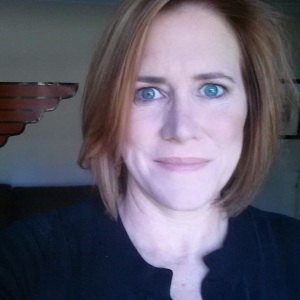 “What should I say to her?” he texted me, looking for some inside-ball conversation-starter. In this case, I actually had an answer.

Who? asked the BIL, a man who is many things– but not a Cold War buff.

Gen. Galvin, I explained via text, was a four-star Army general who became the Supreme Allied Commander of NATO, among other resume highlights.  When he retired in 1992, the Washington Post described him as “without peer among living generals.”

Beth has her own claims to local-news fame. But I’m pretty sure she would say that none exceeds that of being daddy’s little girl. 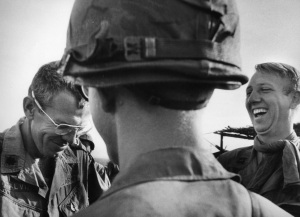 She grew up an Army brat in far-flung posts across the globe, ranging from Belgium and Germany to Panama and Hinesville GA, where she graduated from high school. And wherever she went, she was the bossman’s kid. Her Army brat life was a lot different than most. She was the red carpet brat.

“Talk about opening doors,” says Mike Zakel, the WXIA photog who worked with Galvin for a bunch of years before she jumped ship from WXIA to WAGA in 1997 or so. Zakel and Galvin covered stories together at Ft. Stewart. Guess which general commanded the 24th Infantry Division (Mechanized) from 1981 to ’83 at Fort Stewart?

Gen. Galvin’s daughter is no ordinary local TV news chica whenever she darkens the gates at Ft. Stewart.

“I never minded the ribbing about being the General’s daughter because I knew I’d hit the Dad Lottery.  He is a great, funny, loving father,” Beth writes.  “In the military, he was respected, but he was also loved.  Which is rare in a world in which a lot of people lead by fear – or bravado.  He spoke quietly.”  Somewhere in Massachusetts, there’s a school named after Beth’s dad.

Beth describes her dad as her career’s biggest cheerleader. 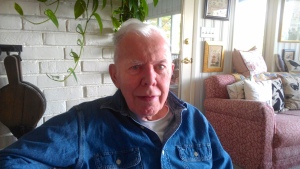 Today, Gen. Galvin is retired. He has written a book about his life as a Cold Warrior. Posting the info on social media, Gen. Galvin’s kid couldn’t be prouder.

Following our texts, my brother in law stalked Beth Galvin’s table, introduced himself and deadpanned the Cold War inquiry about the General. He says Beth’s face brightened, surprised by the recognition, in a civilian setting, of her pre-TV claim to fame.