Then the Senate press office requested a meeting with Drpic over the interview. Smelling a rat, WGCL photog Eric Hurst showed up and insisted on documenting the meeting. The Senate folks, seeing the uninvited camera, abruptly cancelled.

Well enough. Both parties should have moved on.

Instead, the Senate press office wrote a letter to Drpic and copied the entire press corps. The writer told Drpic (and the rest of us) that she “reportedly ambushed” an unnamed senator and refused to abide by unspecified conditions set by the press office. The Senate press office hinted at a previous run-in, and threatened to pull her credential if it happened again.

The AJC published a vignette on it. Then my friend Mike Hassinger wrote a hilarious yet exceedingly cruel piece on it, taking the side of the government, and unfairly describing Drpic as “clown.” In it, he gleefully clobbered Drpic, WGCL and local TV news in general.

Local TV stations are always fair game for such stuff.  But he unfairly maligned Drpic.

That night, I spotted Sen. Jones at the Capitol. I asked him: “Did Giovanna ambush you?”

“Oh, gosh no,” Jones answered. “I don’t know how that got so blown out of proportion.” 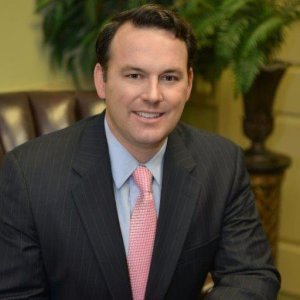 He went on to say that yes, he agreed to the interview and there was nothing untoward about Drpic’s approach.

I had halfway-observed this drama in real time days earlier. (We TV types work in close quarters in a designated space in the Capitol.)  I’d overheard Drpic speak of the interview with Sen. Jones and the out-of-proportion reaction of the Senate press office. I observed (but didn’t closely watch or hear) the unedited video of the interview with Jones. It shows Jones walking toward the camera, allowing a lavalier microphone to get pinned to his lapel, followed by him standing and apparently answering all of Drpic’s questions.

It was not (as Jones confirmed) an “ambush,” which undercuts the whole premise of the Senate threat to pull Drpic’s credential, and Hassinger’s ugly write-up (did you really have to make fun of Drpic’s name, Mike? Her nationality? C’mon!)

The “ambush” interview is a time-honored and dramatic way to get reluctant newsmakers to talk about stuff they’d rather not talk about. There have been ambush interviews conducted at the Capitol. I last did it five years ago.  Lori Geary, ex-WSB reporter has done it. It’s not ideal. Newsmakers should always talk to the news media willingly, and preferably at times that are convenient to us and our deadlines. That’s right. I said “always.”

Sometimes legislators are hard to reach, even when you know they’re in session at the Capitol. Some are press-shy. Some just disappear quickly from their respective legislative chambers, cloaked by crowds of lobbyists, schoolchildren and other observers in hallways. On rare occasions, I’ll enlist the help of the Senate press office to reach senators. But mostly, I just find them and ask them for interviews myself. And if you can’t find them in a hallway, you can hunt them down at committee meetings.

Sen. Jones is not what you would call a publicity seeker — but he’s not press-shy either. Drpic found Jones at a committee meeting, outside of which he agreeably chatted with her in a hallway.

The drama should have ended there.

I emailed Steve Tippins, the man who wrote the letter, to define “ambush” and to otherwise provide input for this post. “In my mind at least – everything is settled (for now) and I don’t have any comment,” he wrote back. “Unacceptable and undignified  behavior (just plain old obnoxiousness) was not tolerated; and until I’m met with similar behavior, I would think it equally as undignified of me to elaborate.”

You can take issue with Drpic and Hurst’s decision to take a camera into their meeting with the Senate press office folks. I don’t think I would have done that; but if I was suspicious of their intentions, I might well have.

But it never should have gotten that far. And Drpic shouldn’t have gotten smeared for interviewing an agreeable state senator in a hallway.