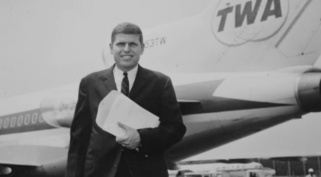 Before he was a newsman, Bill Liss was a PR guy.  This is a rare thing.  Many PR folks start their careers in the news biz — then flee to (what they hope will be) the 9 to 5 world of public relations.  Liss, who has been a reporter at WXIA since 1989, got his first job at Trans World Airlines as a publicist in New York.  It was the mid 1960s.

“I got a call one day from the senior vice president for public affairs at the airline, who said, ‘We’ve got the Beatles coming to the United States. We want you to handle it. And I sort of said, ‘well why not?'” Liss recalls.

“It was an intriguing phenomenon at that point to me,” Liss says. He was a jazz fan in the 1960s. 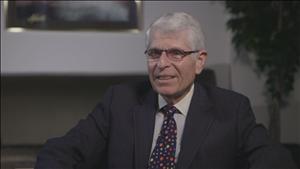 Liss flew to London where he said he got acquainted with the pop group that had first appeared in America one year earlier on the Ed Sullivan Show. While in London, Liss said says he spent some time with the band and its manager, Brian Epstein. Then they boarded a Boeing 707 for the flight back to New York.

“We had a great time. It was all first name basis, back and forth, and just had a very nice experience,” Liss says.

“But also part of my job was to keep an eye on them and make sure that they didn’t go crazy on the plane because… it was a commercial flight. It was a regular commercial flight.” Liss says there were Beatles fans in the coach section of the aircraft, mostly women, who’d booked travel once they learned the Beatles would be on that flight.

Liss recalled his transatlantic flight with the Beatles in a story I produced Friday on 11Alive.  You can see the video or read the text here.

When they landed, a photographer recorded the Beatles deplaning at Kennedy Airport. The photo shows Liss is at the top of the ramp stairs holding a camera — documenting it from above.

“Which, at least, it’s proof that I was there,” Liss said.

I swiped much of this text from the story I posted on 11Alive.com 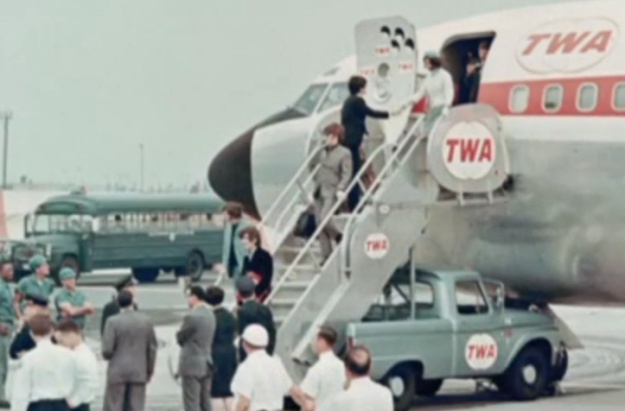 Liss is the guy with the camera behind the flight attendant at the top of the stairs. 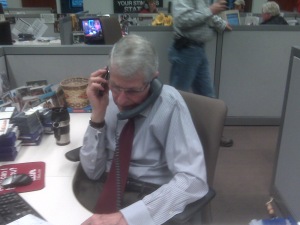 Welcome to the future of TV news, embodied by WXIA’s renaissance man, Bill Liss.  Liss has  embraced the multitasking reality of TV news in the 21st century.  Does Liss complain about having to produce stories for both TV and the web (and his daily business report each morning)?  Hell, no.  He just does it all at the same time.   Gannett has given him two phones; Liss reasons that it makes sense to be time-efficient and use them simultaneously.  Next, he’ll shoot and edit the story, upload it to the web, produce and anchor the newscast, then Windex the newsroom monitors.

He won’t break a sweat either.  The french cuffs, Louis Vuitton shades, and Brovelli necktie make this guy the best-dressed, multi-tasking news talent in the market.  Not to mention, the fastest-talking and possibly loudest guy in the market.  Who has time to softpedal his craft?  Not Bill Liss.  There’s a deadline lurking around every corner, and Liss will crush them all.

Consider this another attempt at the Friday open thread.  Do as Liss would do.  Keep up the chatter.  Make it learned and erudite, and keep the thread-count on the high side.